10 Poisonous foods if ingested in excess 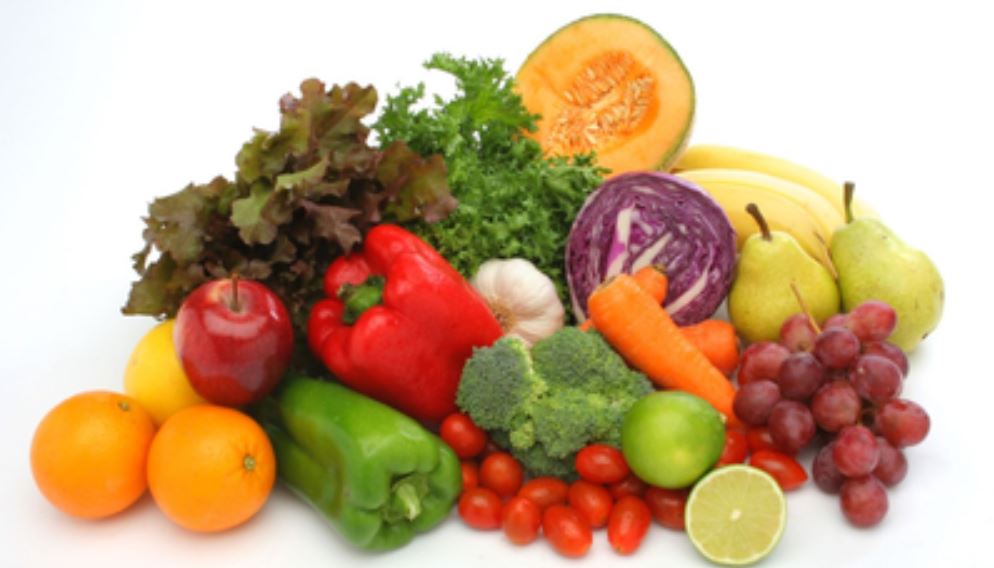 Most of us seek to incorporate as much healthy food as possible into our diet, but sometimes we do not know the right dose. Although there are foods that are considered healthy due to the many nutritional benefits they provide us, excess consumption and incorrect dosage can also turn a good thing into something bad. The following list includes 10 products that are known for their health benefits along with tips that will help you continue to enjoy the best of each.

Lycopene, the red pigment of tomatoes, is an antioxidant with many innovative benefits. Helps reduce the risk of various types of cancer, helps protect the heart and blood vessels, lowers cholesterol in the body, maintains eye and skin health and more. However, excessive consumption of tomatoes stimulates the lining of the esophagus and can cause reflux, which is the rise of acids from the lining of the stomach to the esophagus. In addition, the tomato contains a toxic alkaloid called solanine, and excessive consumption can lead to abdominal pain, nausea, headaches and other symptoms that characterize the poisoning.

People who do not suffer from reflux or problems in joints or joints can eat 3-4 tomatoes a day or drink a cup and a half of tomato juice. At the same time, it is recommended to incorporate cherry tomatoes, which contain less solanine and therefore may cause fewer side effects.

fatty acids have many benefits that help maintain health. These acids fight inflammation in the body, play an important role in the development of cells, reduce the risks of heart disease and more. Since most diets are low in omega-3s, omega-3 dietary supplements, such as fish-derived supplements, are gaining in popularity. However, studies have shown that too much omega-3 can be harmful, especially for people prone to bleeding or taking anticoagulants. In addition, consuming large amounts of fish oil can cause an excess of vitamin A, which can have toxic effects, especially for children and pregnant women.

Omega-3 fatty acids are essential for good health, but to avoid damage it is recommended to consume 1-6 grams daily and not more.

Nutmeg is a spice with a unique flavor, often used in cakes, sauces, soups and desserts and, at low doses, provides a sweet and delicate flavor for meals. Some of its benefits are also used to treat gastrointestinal problems, relieve joint and muscle pain, and stimulate blood flow. However, nutmeg contains a compound called myricetin, which, in excess, can lead to nausea, dizziness, pain and arrhythmias.

Although nutmeg has many advantages, it is not recommended to consume more than 10 grams at a time, since higher doses have shown to cause symptoms of poisoning.

Coffee is a delicious and tasty drink, which in several studies has been linked to many health benefits, including reduced risk of liver disease, type 2 diabetes, Parkinson’s disease and other degenerative diseases. However, too much coffee can cause some damage. Canadian researchers have found that too much coffee can lead to changes in the nervous system, insomnia, abdominal pain, palpitations and muscle tremors.

Because caffeine has a different effect on different people, some of us can drink lots of coffee, while others may have symptoms even after small amounts of caffeine. The guiding rule, in this case, is the consumption of up to 400 milligrams of coffee per day, that is, no more than 4 cups.

vegetables Cruciferous vegetables are the name of the family of vegetables which includes broccoli, cabbage, Brussels sprouts, kale and other green vegetables. These vegetables are a great source of protein, fiber and vitamins, and can also help lower the risk of cancer, atherosclerosis and heart disease. Their great advantages make us want to have them always at the table, either in salads or as bases for green juices. However, they contain a compound of ingredients called thiocyanates, which may interfere with the body’s ability to absorb iodine. This problem may contribute to the subactivity of the thyroid, which is characterized by increased gland, weight gain, dry skin, digestive problems, among others.

Cruciferous vegetables are healthy and nutritious, but to get their benefits, the recommendation is to consume between 1 and 2 servings per day. For people with thyroid problems, consult a doctor about the recommended amount.

Cinnamon is a flavor-rich antioxidant and has been shown to have anti-inflammatory properties, helps maintain low blood sugar levels, reduces the risk of heart disease and protects against diabetes and degenerative diseases. However, cinnamon contains high amounts of a compound called coumarin, which can be harmful in large doses, and second studies can lead to toxicity in the liver and other diseases.

It is important to know that there are two main types of cinnamon, which have different coumarin: cinnamomum cassia , also known as cinnamon, and cinnamon from Ceylon which contains less of the compound. Since the recommended daily intake of coumarin is 0.1 milligrams per pound of body weight, it is recommended to exchange cinnamon cinnamon from Ceylon and consume no more than 5 grams (one teaspoon) a day. If you rarely consume cinnamon, eating more than a teaspoon occasionally is not a problem. But it’s best not to overdo it.

The liver is among the healthiest and most nutritious parts of the meat as it is very rich in many essential nutrients such as iron, vitamin B12, vitamin A and copper. However, studies have shown that the large amount of copper and vitamin A can cause problems when consumed in excessive amounts. 100 grams of beef liver contains more than 6 times the recommended dietary intake of vitamin A, and 7 times the amount of copper. And because vitamin A is stored in our body, it can cause symptoms of toxicity, including vision problems, bone pain and increased risk of fractures, nausea and vomiting.

Although the liver is very healthy and nutritious, it is very important not to consume it daily. A good portion once a week will provide you with adequate access to all its nutritional benefits.

Eggs are highly nutritious. In one egg you can find all 9 protein acids that protect eye health, fight heart disease and increase good cholesterol. Protein is a very important food group, but people who consume eggs daily should pay attention and avoid excessive consumption of egg white. This is because many animal proteins cause the body to produce growth hormones that promote aging and increase the risk of cancer, especially breast cancer. White eggs are also problematic for people suffering from various diseases, including fatty liver, arthritis, kidney failure and more.

For those who do not suffer from diseases, you can consume up to 5 eggs per week. People who need larger amounts of protein, such as vegetarians, children, athletes, and other special groups, can do so with the advice of a nutritionist or a doctor. At the same time, for those who suffer from problems like diabetes or heart disease, it is important to receive consultations on the consumption of egg white. When calculating how many eggs you have eaten, be sure to consider eggs consumed in other ways, such as in cakes, for example. For those who, for certain reasons, can not eat egg white, protein can also be obtained from plants such as beans, nuts, seeds and whole grains.

tea is generally considered a safe and healthy drink for people who do not suffer from medical problems. It helps normal sleep, promotes blood flow in the body, relieves internal inflammation, strengthens the immune system and aids digestion problems. However, the variety of these benefits causes many to treat it almost as a drug and, in doing so, to consume it excessively throughout the day. Flavonoids in tea, which are compounds that can be used as antioxidants, can bind to iron primarily from plant sources or iron supplements and inhibit their absorption in the body. They can also inhibit the absorption of calcium.

Do not treat green tea as a medicine or water substitute, and drink 2 to 3 cups a day, not more. In addition, to maximize the absorption of iron from a meal or iron supplements, it is recommended to avoid drinking the tea along with the food. Also, since green tea stimulates metabolism, it is not advisable to drink on an empty stomach. This restriction on the amount of tea is especially important for people with iron deficiency, anemia or osteoporosis.

Quinoa is a very popular and healthy food that serves as a good source of protein, contains magnesium, minerals and vitamins and a large amount of lysine, an amino acid that is responsible for the repair of tissues in the body. However, excessive fiber consumption can lead to contractions and reduce the body’s ability to absorb nutrients. Although most fiber-rich foods can lead to these problems, quinoa digestion is the most difficult and problematic for the body.

To avoid changes that can lead to unpleasant digestive problems and constipation, it is important to drink plenty of water when consuming quinoa. In addition, it is also important to pay attention to portion size because quinoa contains a significant number of calories, although many consider it a diet. The recommended amount is half a cup and not more.