11 Advantages of Being Vegetarian for Health and Wellbeing! 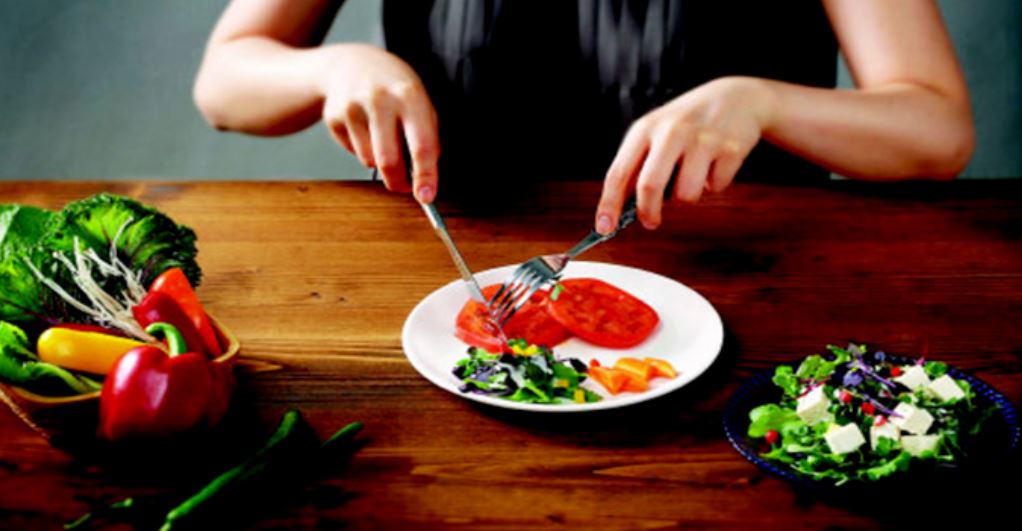 Being a vegetarian means changing dietary habits, avoiding meat and including only vegetable products in the diet, following what is called a vegetarian diet (some also include milk and eggs, are ovo-lacto-vegetarians).

In this article I will show you the advantages of being vegetarian for health that have been scientifically proven. If you are considering changing your diet and starting a meatless diet, look at the following advantages you can obtain.

Of course, the reasons to be vegetarian are not reduced only to lose weight or avoid the negative consequences of eating too much meat. Some people follow this custom to avoid the suffering of animals.

What are the benefits of being a vegetarian

1-Reduce the risk of colon cancer

A vegetarian diet can reduce the risk of colon and rectal cancer by up to 20%, according to the results of a recent scientific study .

This benefit can be obtained even by including the fish in the feed.

The study was conducted at the Loma Linda University in California and involved more than 77,000 adults whose clinical histories were monitored for seven years.

It was observed that in people who followed a vegetarian diet, the risk of suffering colon cancer was significantly lower than that of the group that followed an omnivorous diet.

Those who obtained this benefit not only avoided eating meat, but also decreased the consumption of sweets, sugary soft drinks and refined grains, including at the same time a greater amount of fruits, vegetables, whole grains and legumes in their diet.

Although it is not known exactly what is the mechanism by which the vegetarian diet helps to reduce the risk of colon cancer, it is believed that avoiding red meat and increasing fiber intake could be the key factors to obtain the benefit.

One of the differences between vegans and vegetarians is that vegans base their diet exclusively on products of vegetable origin.

Several scientific studies have suggested that those who follow a vegetarian diet tend to have lower blood pressure, compared to those who include meats in their diet.

Although it is not known exactly what is the mechanism of action, these studies have concluded that a vegetarian diet can be a useful tool to reduce high blood pressure without the need to resort to medications, or as a complement to pharmacological therapy.

Did you know that vegetarians can live longer? An investigation revealed that the vegetarian diet can increase life expectancy , by reducing the risk of suffering from various diseases, while decreasing the mortality rate.

As the saying goes, the fish by the mouth dies. The health, well-being and diet that you follow are closely related. The same scientists who found that the vegetarian diet is able to reduce the risk of colon cancer also found this dietary regimen decreased by 12% the mortality rate, compared with the omnivores.

This is due to the decreased risk in cardiovascular diseases, kidney and hormonal disorders. This benefit turned out to be more marked for men than for women.

A vegetarian diet can help you lose weight . Some recent research whose results were published in Nutrition Reviews found that vegetarian diets can be very effective in achieving weight loss.

This loss does not depend on the amount of exercise performed or the calorie count. Simply, stop eating meat can help you lose up to 2 kilos per week.

However, you have to be careful. While vegetarian diets generally include few calories, there are exceptions. Those who opt for a diet that includes plenty of fruits and vegetables and excludes meats are likely to lose weight.

But vegetarians who choose to eat plenty of simple carbohydrates (such as white bread, potatoes, white rice, etc.), sugary drinks, fried foods, etc., may not lose weight, due to the caloric intake of these foods and the peaks in the levels of blood glucose that are capable of generating, which can cause the accumulation of fatty tissue.

5-Reduce the risk of type 2 diabetes

Another great benefit of the vegetarian diet is this, its ability to reduce the risk of type 2 diabetes.

In a study carried out in an Adventist health center in North America, in which more than 22,000 men and more than 38,000 women participated, it was found that the vegetarian diet is able to reduce the risk of type 2 diabetes, thanks to It helps to avoid obesity since it is generally part of a healthy lifestyle.

The greatest benefit is obtained by following a vegan diet, although ovo-lacto-vegetarians also showed a discrete benefit. In people who followed a semi-vegetarian diet or that included fish, the benefit was lower.

6-Reduces the level of cholesterol and triglycerides

Those who wish to lower their cholesterol and triglyceride levels can also opt for a vegetarian diet, as this study confirms .

By eliminating animal products from food, vegetarians have lower levels of triglycerides, total cholesterol and LDL cholesterol (this is called “bad” cholesterol) compared to those who follow an omnivorous diet.

7-Increase the amount of antioxidants in your body

This benefit is obtained mainly by people who have followed a vegetarian diet for a long time.

The scientific studies carried out on this subject show that vegetarians have a higher concentration of antioxidants in their tissues and therefore, they suffer less oxidative stress, less inflammation and consequently the risk of cardiovascular diseases is reduced, compared to the omnivorous people.

If you are already diabetic, a vegetarian diet probably will not cure your disease, but it can help you control it in the best way possible ( see study ).

As previously mentioned, the vegetarian diet helps to lose weight, which is very important in diabetic patients. In addition, the fact of consuming more fruits and vegetables avoiding meats reduces the risk of suffering complications associated with diabetes and it is possible that this type of feeding also helps your body to be more sensitive to insulin.

But beware, a vegetarian diet may also have the opposite effect, increasing blood sugar levels, if it is full of simple carbohydrates, such as white bread, pies, white rice and potatoes. Therefore, it is not just about being vegetarian, but making an adequate choice of the foods that are consumed, in order to obtain all the benefits.

9-Reduces the risk of cardiovascular disease

In addition to increasing the antioxidants in your body, a vegetarian diet also reduces the risk of suffering heart attack, atherosclerosis and other cardiovascular diseases through other mechanisms.

As they do not include meats, vegetarian diets are low in saturated fat and cholesterol, and generally include good amounts of soluble fiber, all of which helps prevent heart and blood vessel diseases.

It has been observed that the vegetarian diet can prevent the formation of kidney and gall stones .

Diets rich in meats, and therefore rich in animal proteins, increase the elimination of calcium, uric acid and oxalates in the urine. These substances are the main components in the vast majority of kidney stones.

Some English doctors recommend following a vegetarian diet to patients prone to form kidney stones, to avoid the accumulation of calcium, oxalates and uric acid in the kidneys.

Similarly, a relationship between the consumption of large amounts of fats and cholesterol (typical in omnivorous diets) and the formation of gallstones has also been found. So the vegetarian diet, by providing little amount of saturated fat and cholesterol, also helps to avoid biliary lithiasis.

Lithiasis is a rare disease in countries where vegetarianism predominates.

Several epidemiological and clinical studies have shown that vegetarian women have a better risk of suffering from breast cancer.

In countries like China, where the consumption of meats is reduced, the incidence of breast cancer is much lower compared to countries like the United States, where the majority of the population consumes meats almost daily.

And it is not just a genetic component, because in Chinese women who have settled in Western countries changing their diet and increasing the amount of meat they consume, a risk of breast cancer eight times higher has been observed, in comparison with those still living in their country of origin following a diet mainly vegetarian.

Visit this article to learn about other foods that prevent cancer.

If you are considering following a vegetarian diet, then you must first consult a health professional nutrition expert to help you create an adequate diet plan for your needs.

So that your diet does not lack calories, essential amino acids, vitamins or minerals, your eating plan must be balanced and well controlled, and thus avoid possible nutritional deficiencies in the long term.