15 Great Benefits of Lemon for your Health! 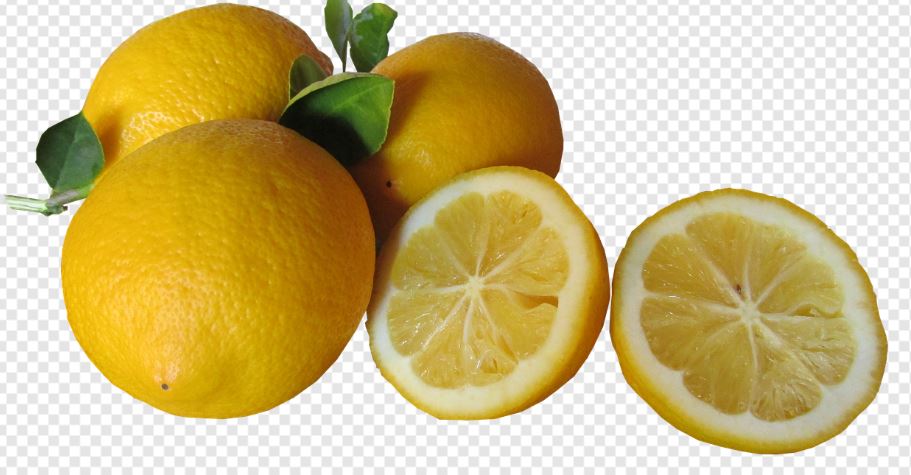 The lemon is a very popular edible fruit acid and fragrant taste in much of the world. Native to India and Southeast Asia, it belongs to the citrus genus of the rutáceas family.

The benefits of lemon are multiple. A powerful antioxidant citrus that helps purify the body or protect the heart, among other contributions, we will show you below.

In the West it was introduced after the Arab conquest in Spain and from there its cultivation spread along the Mediterranean coast. Currently, it is produced in different parts of the world and adapts to different terrain conditions.

The lemon is used to season certain foods such as fish or salads, and can be enjoyed in the form of refreshing juice, through the concentrate of pulp with water.

15 properties of lemon for health

As the specialists point out, antioxidants are compounds that neutralize free radicals, damaging cells and tissues and therefore increasing the risk of suffering from diseases.

Well, according to an article published in the Journal of the Science of Food and Agriculture in 2011, drinking lemon water would increase the presence of antioxidants necessary for health.

In this sense, numerous are the research works in which it is established that the flavonoids -present in this fruit- perform a great variety of biological actions, among which antioxidant and anti-inflammatory activities are included.

To reduce the risk of diseases transmitted by bacteria present in food, a good option is to marinate them with lemon juice, as stated in an investigation on the consumption of raw meats.

Raw meats (fish and beef) or partially cooked meats that are marinated with lemon juice in the preparation, reduce considerably the outbreaks of diseases transmitted by these foods.

“The effectiveness of lemon juice in reducing the number of Escherichia coli O157: H7, Salmonella enteritis and Listeria monocytogenes in stationary phase during marination was investigated and positive results were seen, although not entirely conclusive,” the American research suggests.

According to a study published in the Journal of Clinical Biochemistry and Nutrition in 2008, the chemicals in lemons plants called polyphenols help eliminate the increase in body fat.

The high presence of potassium – 49 milligrams in the juice of a lemon – helps in metabolism and digestion. In addition, this juice contains almost a quarter of vitamin C , which could be useful for weight loss.

According to a study published in Nutrition and Metabolism in 2006, people with low vitamin C in their tissues do not burn fat so efficiently during exercise. While more research is needed, “increasing the intake of vitamin C with lemon water is good for overall health.”

The lemon is one of the most alkalizing fruits that exist. The alkalinity in the body is essential to avoid diseases.

It is recommended to drink lemon juice fasting or warm water with lemon at first hour of the day, because it is when our body will better absorb the lemon.

Lemon juice also has an apparent ability to protect the circulatory system.

Because of its high potassium content, this fruit can help protect the heart and also control high blood pressure. Its benefits can extend even to the brain , as it can help relieve dizziness, stress and depression, provide relaxation and act as a sedative.

When we talk about metabolism, we refer to the speed at which the body burns fuel for energy. The factor that determines this speed is not what is eaten, although it influences, but rather the amount of muscle mass that the body has, determined by the amount of exercise that is performed.

Drinking lemon water is a healthy way to stay hydrated, especially while exercising, as it contains vitamins and electrolytes, which also increases metabolism.

A study published in the “Journal of Clinical Endocrinology and Metabolism” in 2003 concluded that the metabolic rate of healthy men and women increased by 30% after drinking 2 cups of water every two hours. Drinking lemon juice daily would increase this effect.

As Medical News Today reports, lemon is a good source of vitamin C, which is an antioxidant that helps prevent the formation of free radicals.

In any case we must be careful with this, since several studies confirm that the benefits of antioxidants to fight cancer are not known exactly.

According to Medical News Today, people who consume more vitamin C have less risk of having asthma, although more studies are needed to confirm it.

Stimulation of the immune system

Foods like lemon that are a good source of vitamin C can help strengthen the immune system and fight colds, flu or other common diseases transmitted by germs.

The medicine notes that foods that are rich in vitamin C and other antioxidants can help the immune system fight off germs that cause colds and flu.

On the other hand, vitamin C in lemons helps neutralize free radicals related to aging and different types of diseases.

Therefore, doctors recommend the maintenance of a healthy diet high in fruits and vegetables, especially during the winter.

This citrus reduces aging, given that the antioxidants found in vitamin C fight against the damage caused by free radicals, thus keeping the skin looking fresh and young.

According to Dr. Ax, getting enough vitamin C, with a diet based on lemon juice, allows the body to produce collagen, essential to soften the lines on the face.

In a recent study published in the American Journal of Clinical Nutrition, consumption of vitamin C, results in younger skin and fewer wrinkles.

The body gets the energy of the atoms and molecules in the food. When negatively charged ions, such as those found in lemons, enter the digestive tract, the result is an increase in energy levels.

As already mentioned, lemons are rich in vitamin C, but also – like banana – is an important source of potassium.

According to Life Hack, the above is positive, since potassium contributes to improving the health of the heart, as well as the function of the brain and nerves. It also serves for inflammations and muscle aches.

Experts suggest that replacing coffee in the morning with a cup of hot water with lemon, has the same energizing and replenishing effect as caffeine, which contributes to reducing its excessive consumption, which could harm the body.

In addition, lemon is more relaxing than caffeine, which speeds up nerves and can raise anxiety levels.

Foods rich in vitamin C, such as lemons, provide humans with protection against inflammatory polyarthritis, a form of rheumatoid arthritis involving two or more joints.

This fruit increases the peristalsis of the intestines (intestinal movement), which contributes to the displacement of the intestines, thus eliminating waste from the body to better regulate and evacuate waste more efficiently.

The Real Food For Life site suggests adding lemon juice to warm water and drinking after two to three cups of water first thing in the morning.