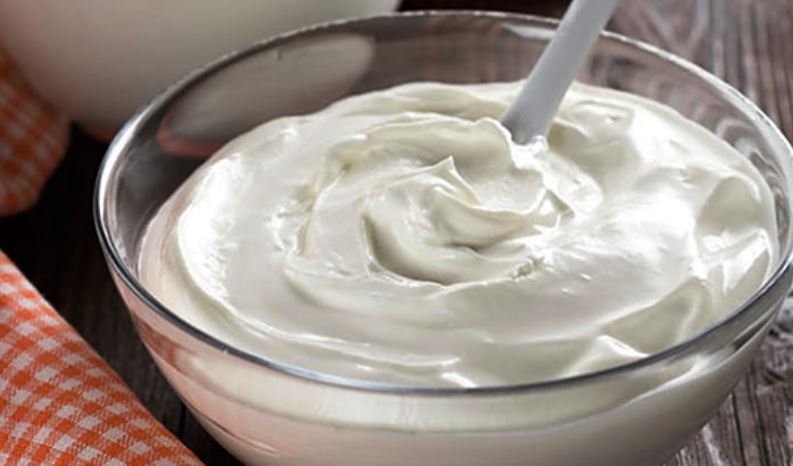 The natural yogurt is a functional food, known for a long time for the various beneficial effects and properties it has on health, especially in the intestine.

The regular consumption of this milk derivative is able to strengthen the immune system, improve the intestinal flora, prevent diarrhea and even prevent cancer, thanks to the lactobacilli present in it.

Recipe of yogurt with kiwi and strawberries
If you want to know 10 of the most important benefits of yogurt , which have been demonstrated through scientific research, pay attention to this article.

The bacteria present in the intestine are important in many aspects. They collaborate with the processes of digestion, help the absorption of certain foods, stimulate the immune system and prevent the proliferation of pathogenic bacteria.

The intestinal microflora (set of bacteria that normally inhabit the intestine) can be altered by various factors, such as stress, changes in diet, treatment with antibiotics, alcohol consumption , etc.

The probiotics present in natural yogurt are able to restore the balance in the intestinal flora, preventing the proliferation of harmful bacteria that could cause various diseases.

If you have high cholesterol and you like yogurt, then there is very good news for you.

A study recently published by the American Heart Association has shown that two daily doses of certain probiotics present in some types of yogurt can lower blood cholesterol .

The research was conducted at McGill University, in Canada, and showed that people who received probiotics during the 9-week study period reduced their “bad” cholesterol by 11%, compared with the group of control.

According to WHO data, it is estimated that there are more than 800 million episodes of diarrhea worldwide every year, which cause visits to the pediatrician, hospitalizations and in some cases the death of children and young people, even in developed countries.

Studies have been conducted in which it is shown that some of the bacteria present in the fermented milk are able to significantly reduce the risk of diarrhea in infants.

Canadian scientists from a research program at the University of Alberta, Edmonton, conducted a study on this preventive effect in children. He concluded that after treatment with antibiotics, lactobacilli and other bacteria present in yogurt were able to reduce the risk of diarrhea.

Gastritis and stomach or duodenal ulcers are among the most common stomach conditions in the population.

In many cases, these diseases are associated with the presence in the stomach of a bacterium called Helicobacter pylori.

Some scientific research has shown that the lactobacilli of yogurt are able to inhibit colonization by this bacterium, in addition to having a protective effect on the gastric mucosa.

In summary, if you have gastritis, a cup of yogurt per day can help relieve symptoms.

The beneficial bacteria present in fermented milks can also decrease the risk of suffering from various types of cancer.

Apparently, the regulation of the intestinal flora promoted by these bacteria and the stimulation they make on the immune system would be the mechanisms that achieve the antitumor effect.

Apparently, the famous probiotics can also cure or at least alleviate allergies. It is known that the lymphoid tissue present in the intestine plays a very important role in the development of these conditions.

Probiotics reduce intestinal inflammation, balance the lymphocyte population and regulate the secretion of cytokines, all of which helps to reduce the appearance of allergies.

Did you know that yogurt can help you lose weight?

A study published in the International Journal of Obesity, showed that the replacement of certain foods with yogurt (with the same caloric content), helped a group of people with obesity to lose more kilos.

People who drank yogurt, under a hypocaloric diet, lost 22% more total body weight and also reduced 80% more abdominal fat, compared to people who did not include this food in their diets.

8-Reduces the risk of diabetes

A daily cup of yogurt can lower the risk of type 2 diabetes, which is what the results of a study carried out at Harvard University suggest .

The research was based on the information of the diets taken by more than 200 thousand health professionals.

The scientists followed the diet of these people for 30 years, finding that those who had included a portion of yogurt in their daily diet had an 18% lower risk of developing type 2 diabetes.

Many people around the world suffer from lactose intolerance. In most cases, the intolerance is due to the deficiency of an enzyme called lactase, responsible for digesting lactose (a sugar), present in milk and other dairy products.

However, various scientific investigations have revealed that certain lactobacilli present in yogurt are capable of digesting lactose, facilitating the digestion of this sugar in intolerant people.

Candidiasis is the most frequent vaginal infection. It is a yeast (fungus) that colonizes and proliferates in the area causing itching and burning, among other discomforts.

Some studies indicate that the consumption of a portion of yogurt daily can decrease the incidence of this type of infections, because the lactobacilli present in the ferment easily colonize the region, preventing the proliferation of the fungus.

As you can see, drinking a cup of yogurt daily can be very beneficial for your health. The whole or non-fat yogurts, made from the milk of free cows fed on grass, are recommended.

11-Improves the appearance of the skin

You do not need to spend a lot of money on dermatological treatments. Yogurt contains lactic acid, which can help to exfoliate the upper layers of the epidermis, lighten stains and discolorations, and even reduce wrinkles.

Yogurt is an important source of potassium, phosphorus, riboflavin, iodine, zinc, and vitamin B5. It also contains vitamin B12, which keeps red blood cells and helps the nervous system to function properly.

With the correct proportion of proteins and carbohydrates, yogurt, especially those high in protein such as Greek, are a good option to ingest after exercise. Proteins contain the amino acids that muscles need to repair themselves and carbohydrates replace stored energies.

According to a study from the University of Vienna, women who ate a serving of yogurt a day had more active and stronger T cells , which fight diseases and infections.

Allergic people, who usually have low levels of T cells, can decrease their symptoms by adding yogurt to their diets. In a study published in the Journal of Nutrition , people who ate one serving a day had fewer symptoms than those who ate nothing.

15-It can help you have a prettier smile

Scientists at the University of Turkia evaluated low-fat and flavored yogurts, and found that none eroded tooth enamel, the main cause of tooth decay. The lactic acid in yogurt seems to also protect the gums.