19 Wonderful Benefits of Ginger for Health! 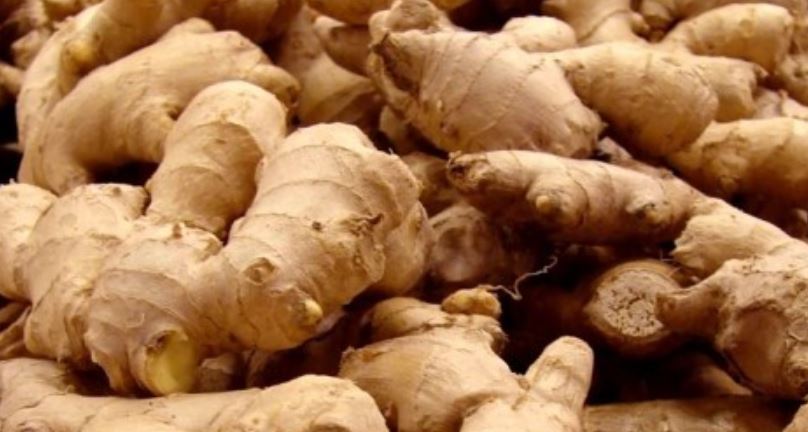 Ginger provides multiple benefits for our health and has been used in traditional medicine in different ways to achieve different effects on the body. Some of its most outstanding properties are: it is anticancer, stimulates the immune system, reduces headaches, improves digestion and helps treat allergies.

Ginger is a very common ingredient of Indian and Asian food and has lately entered our daily diet with force. In addition to its particular spicy flavor, for centuries its medicinal properties have been known, which address the treatment of colds, nausea, vertigo, lack of appetite and various pains.

The root of the ginger plant is mainly used, known as rhizome. It is from the family of other well-known roots such as turmeric and cardamom . When harvested, it provides a fragrant species with a warm flavor that can be consumed fresh to make infusions, sweets and even wine.

But most of its uses are when the rhizome is rather dry. There its texture is fibrous and can be used for juices as an ingredient of many Asian recipes. Ginger powder is also widely used in confectionery for the preparation of cookies, cakes, breads and carbonated drinks.

These are just some of its wonderful benefits. We invite you to meet them and incorporate them into your feeding routine:

1- Stimulates the production of saliva

Ginger has phenolic compounds that increase the flow of saliva in the mouth. This allows to diminish the sensation of dryness, besides promoting the antibacterial effects of the saliva, diminishing the possibilities of caries in the teeth and protecting the dental enamel from demineralization.

Another property of saliva is to prevent oral fungi, for example the cause of candidiasis.

Ginger is high in phenols, called jengiroles. One of the molecules that are part of the compounds of ginger, known as 6-shogaol, has been shown to have anticancer properties at the time of boiling the root.

Ginger compounds are anti-inflammatory, antioxidant and antiproliferative so their anticancer action can be found in different types of cancer, inhibiting the growth of cancer cells and preventing the formation of new tumors.

3- It is effective against dysmenorrhea

The analgesic and anti-inflammatory properties of ginger have been known for a long time by traditional medicine in the treatment of dysmenorrhea and other pains associated with the menstrual period.

Several studies conducted by universities in Iran and India, showed that the intake of raw ginger powder for three to five days during the menstrual period significantly decreased the discomfort of women, compared with other placebos.

Effective even during pregnancy, ginger is an excellent alternative to decrease the reflex of nausea and vomiting.

It is so effective that it can be used even in extreme cases, such as hyperemesis gravidarum with good results and without the serious side effects that other antiemetic drugs that are teratogenic can cause.

To achieve this, you only need to consume small doses and enjoy the relief.

Ginger has several compounds, including jingeroles, with a powerful anti-inflammatory action. In this way many patients suffering from osteoarthritis, arthritis and damage to their knees have reported improvements in their symptoms after consuming ginger on a regular basis.

In a study conducted in more than 500 patients, a significant decrease in pain, increased mobility and reduction of inflammation around the joints such as knees or wrists was found.

Among the jingeroles, the one responsible for these positive effects would be 6-jingerol, which would significantly reduce the production of nitric oxide, which damages free radicals.

In addition, it has been discovered that the components of ginger suppress some proteins that promote inflammation in the body, such as cytokines and chemokines that are produced by the immune system.

We all know the comforting sensation of consuming ginger on a cold day, the increase in body heat and sweating that can release toxins as in the case of the cold.

Recent studies have shown that sweating is beneficial for our immunity, as it helps fight infection. This occurs because the sweat glands secrete dermicidin, an antimicrobial peptide that is equivalent to a natural antibiotic produced by the skin.

When sweat is spread all over the skin, dermicidin expands through all pores and protects the body from harmful microorganisms found in the environment, such as Staphylococcus aureus, Coli Escherichia and Mycobacterium tuberculosis, which transmits this disease.

7- It favors the elimination of gases

Ginger is a carminative compound, that is, it decreases the gases in the digestive tract and with this, colic and flatulence.

In this way, ginger produces an antispasmodic effect, relaxing the smooth muscles of the intestine and decreasing the intensity of pain and discomfort.

8- It is useful for all movement disorders

Cinetosis is the name given to all kinds of movement disorders, whether dizziness, movement of a boat or car, vertigo, among others. Ginger has been shown to be effective in treating these discomforts.

Studies have shown that the consumption of ginger is as effective as dimenhydrinate, an antihistamine medication usually used for this type of symptoms including nausea, dizziness, vomiting, cold sweats and vertigo; and without any kind of side effect.

9- Prevents the appearance of colorectal cancer

The jengiroles are anticarcinogenic and can inhibit the growth of cancer cells in the intestine and rectum.

In tests performed on rats, it was found that the consumption of 6-jengirol delays the formation of tumors, which offers hope for patients with inoperable tumors and the possibility of delaying the metastasis of carcinomas.

10- Stop the growth of prostate cancer

The consumption of ginger is an excellent source of bioactive phenols, such as jengiroles, with important antioxidant, anti-inflammatory and antiproliferative properties, turning them into anticancer agents.

In the case of prostate cancer, it was shown that oral consumption of 100 mg of ginger inhibits the growth and volume of tumors in studies conducted with rats. Ginger extract decreases the reproductive capacity of cancer cells, with the advantage of having no side effects or toxicity to the patients’ immune system.

11- It is a safe and complementary alternative to chemotherapy

With a large amount of evidence of the anticancer properties of ginger, it can be used as a prevention method and also to stop the growth of cancer cells.

Its biggest advantage is that the consumption of ginger is not invasive. Unlike chemotherapy, ginger compounds attack the tissues of cancer cells, leaving the rest of the cells healthy without damage or side effects. In addition, ginger is not toxic.

12- Promotes the destruction of cancer cells in ovarian cancer

Uterine cancer is another area of ​​study where the properties of ginger have been applied. In laboratory studies it was found that the components of ginger kill ovarian cancer cells promoting cellular apoptosis , autophagocytosis and inhibiting the vascularization process of tumors.

This discovery is very important, since this type of cancer does not usually manifest until the disease is spread, therefore prevention is essential.

13- Help to the treatment of reflux and acidity

Ginger has proven its effectiveness in cases of reflux. Its antibacterial properties inhibit the development of Helicobacter Pylori, bacteria that live naturally in the stomach and proliferate when acidic conditions are not adequate.

Ginger manages to reduce acidity due to its anti-inflammatory and antioxidant enzymes. Treatment much better compared to the effects of the drugs usually prescribed for these symptoms, such as Lansoprazole, which also has multiple side effects such as malabsorption of nutrients, increased risk of fractures and possible proliferation of other batteries such as Clostridum difficile.

According to a study published by the Molecular Research and Food Nutrition , the use of ginger reduced between six and eight times the discomfort due to acidity of the patients who used it daily.

Ginger, like other herbs, helps in the treatment of symptoms such as headaches and migraines .

Its anti-inflammatory compounds that block prostaglandins- neuroreceptors of pain that are activated during the headache- achieving a quick relief from discomfort.

To get relief ginger can be taken as an infusion, suck your steam and even use fresh ginger compresses in the pain area.

Ginger is known for its effectiveness in the treatment of colds and flu. Its properties are many: it increases body temperature, produces antibacterial compounds that are distributed in the body through sweating, potentiating our immune system and also has anti-inflammatory effects.

The mixture of these properties makes it possible to significantly reduce discomfort in the respiratory tract, expel mucus more quickly and achieve a quick recovery. It also helps clear the congested nose.

16- Help in the treatment of allergies

Ginger has antihistamine and anti-inflammatory properties. This reduces the discomfort of inflamed bronchi and congested nose that usually occurs in respiratory allergies and asthma.

Ginger compounds help improve the absorption of nutrients in the digestive tract by reducing gas production and relaxing the smooth muscle of the intestines.

Ginger also promotes the secretion of mucus in the stomach, thus protecting the walls of the digestive tract from irritations caused by acidity.

It is a home remedy in case of tooth or tooth pain. Being anti-inflammatory, it reduces the discomfort and pain caused by inflammation of the gums or nerves of the tooth. In addition, its antibacterial effects help protect the area from possible infection caused by cavities.

The ginger root can be chewed raw or boiled and used as a toothpaste in the affected place.

19- Help with the treatment of diabetes

Its components help improve the metabolism of the body, resulting in an improvement for the release of insulin, carbohydrate absorption and lipid metabolism.

By enhancing the immune system, it prevents the possibility of infections and protects other internal organs that are often vulnerable to diabetes such as the liver, eyes and kidneys.

How to consume ginger

You can use the delicious spiced flavor of ginger to flavor your food, infusions, tea or ground for confectionery preparations. The recommended doses of ginger are 4 grams a day, except for pregnant women, who should limit their consumption to 1 gram daily.

Ginger has a high content of water and some essential nutrients, especially manganese , very important in the development of newborns.

Other properties are cholesterol synthesis, help in the functions of insulin and activation of several enzymes. Your deficiency in the body can cause slow growth, weakened bones and decreased glucose tolerance.

We suggest you incorporate it into your diet to have this important nutrient.

Ginger is on the safe list of the USFDA (United States Food and Drug Administration), since it has virtually no side effects.

If negative interactions have been shown with certain anticoagulants such as warfarin and some cardiovascular medications such as nifedipine.

Allergies have also been described, especially in the form of skin rash or acidity when consumed in powder form. In general, too much fresh ginger can cause discomfort to people suffering from ulcers, irritable bowel, intestinal obstruction and stones in the gallbladder, so it is recommended in these cases to consume it in moderation.