20 things your baby will achieve in his first year of life! 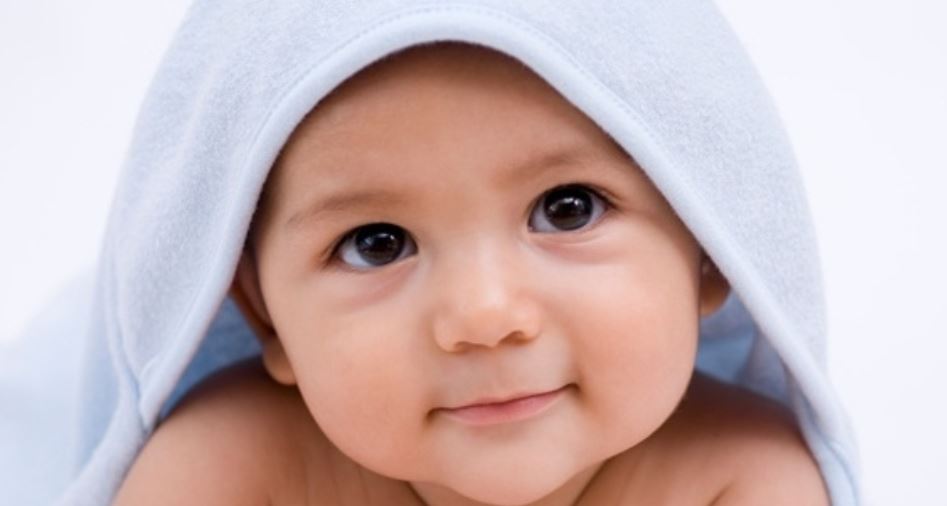 Becoming a mother is one of the best experiences of life . Your baby’s development is exciting and causes a lot of intrigue. These are some of the things that will happen to your little one during his first year of life. Take note and prepare the camera to capture every moment.

During the first months of life, it is recommended to hold the babies’ heads so they do not get hurt. But little by little, your baby will be able to lift his head and hold it by himself.

In addition, you will learn to rotate it to focus your attention on different things. Later, he will have total control over his head.

Newborns are not yet able to fix their gaze with another person. For them, eye contact is unknown, since their eyesight is not fully developed.

In the beginning, babies have a short and blurred vision, their eyes can only perceive intense lights, such as flashes or reflections. That is why they are guided primarily by their other senses, such as hearing and smell, to detect what surrounds them.

But by the fourth month, the baby will be able to sustain eye contact with his mom, dad or other people close to him. Even the little one will seek to do so.

Babies begin to communicate from the first day of birth. They do it through crying, in this way they seek to make it known that they are hungry, cold or in need.

From the second month onwards, it will begin to make some short and small sounds. These are increasing as the little one grows.

Learn to sit down

The little one does not identify his own movements during the first weeks. Some of these are usually involuntary and can even scare you.

But over time, he will know how to control his body and will start doing it of his own free will. This includes your eyes, head, arms and legs.

One of the most relevant movements will be when you learn to sit and maintain balance. The first few times you may gain weight, so it is important to keep it on a smooth surface. This happens around 9 months.

The baby is learning to respond to the stimuli of things that happen around him. The biggest link is the one you have with your mom.

The first smiles of the newborn are not voluntary, in reality it is a reaction that has its nervous system and is completely normal.

In his second week of life, the baby smiles because his needs were met. Between the fifth and sixth week he begins to smile at external stimuli, like the voice of mother.

Initially, young children can only be fed through breastfeeding or formula. For them it is very pleasant, because the milk has a very pleasant taste.

After six months, babies can increase their diet (with the supervision of the pediatrician). It is important to let your son or daughter experience the flavors and even touch the food, do not worry if it gets dirty, it is part of their development.

As we said, the baby begins to control his body and movements over time. He alone will set the tone of his development and more will be demanded.

As a result of this, the baby will want to explore the world for himself, without needing Mom or Dad to carry him in his arms. Therefore, you may start to crawl after 9 months, although it may take longer.

Not all babies crawl, some skip this stage and start walking. If the child crawls at 11 or 12 months, it is likely to take longer to walk.

Babies have no acquaintances or strangers during the first months, as they still do not identify people very well. They locate their mother well because of smell.

At 9 months, your son or daughter will be able to identify the people they know and those who do not. He is likely to react crying in the presence of a stranger.

Although it is not very common, some babies are usually born with one or two teeth. But the great majority is born without having any and will have to wait for them to leave.

Usually, the baby’s first teeth appear after the sixth month of life, although they may take longer. Most often, they come out in the gums below.

It is very likely that your little one will experience discomfort and itching during this stage. There are toys, like teethers, that will help calm him down. You can also apply some very simple and safe home remedies to relieve discomfort.

Do not be surprised when you realize that your baby is already able to turn on his back or stomach. Little by little he will do it faster and with greater ease.

This will happen around 6 months of age. It is important to watch him, as these turns can cause him to fall out of bed or crib.

Perhaps it is not very evident, but your baby is discovering the world and analyzing everything that happens around it, in order to understand how things happen.

At 3 months of age, the child will be able to follow his gaze with objects that catch his eye. Watch very carefully everything that happens.

At 9 months your baby will want to analyze objects and other things with his hands and eyes. He will also do it with his mouth, so he is likely to bite some objects.

The little ones enjoy discovering the world through games and dynamics. In addition, he likes to interact with mom and dad, or other people close to them.

That is why from 6 months will seek to have contact with people around, through caresses and sounds. He likes games with quick position changes.

At this time it is good to acquire products that develop these skills . It is also the perfect period to talk and sing to him.

Your baby will have movements from a very young age, but not all will be volunteers and some may be clumsy. But little by little this will change.

Your daughter or son will learn to coordinate their movements and each time will do better. You may move and observe your hands carefully. In addition, it will change objects from one hand to the other.

With no teeth, chewing can be difficult for babies. But still, they will make the movement. This is the reason why porridges are one of the main foods of the baby.

The small ones usually chew very easily and unfold at 9 months of age. By the time they reach 12 months, they will be experts. Even so, it is vital to give small pieces of food, to avoid accidents.

The first step before walking, is the crawling. Your baby will move with the help of his hands and legs, and will crawl little by little, but will progress.

The next stage will be when you start standing alone. He will do it little by little and he may fall the first few times, but there is nothing to worry about, it is totally normal.

It should be noted that your baby will stand with the help of furniture or even holding on to you. Then he will be able to do it without leaning on anything.

Babies learn different things through the interaction they have with third parties. They imitate what others do and react to stimuli.

The best example is when at 9 months begins to say hello with the hand. This is learned through the gestures of others, so you can also imitate other movements.

The baby interacts from its first weeks of life. Mainly, he does it with mom or the person closest to him or her. But he also does it with himself.

You can notice it through his babbling and gestures. Talk to yourself and others He also makes movements with his extremities, especially his hands.

In his sixth month he will show preference for the people with whom he lives most and who take care of him or her, like mom and dad. It is normal for 9 months to make long syllabic strings with the letter “a”.

The ear is another of the senses that babies develop quickly, even more than sight. That is why it is normal for him to react better to his mother’s voice than to his image.

It is at 10 months when more begins to enjoy the sounds and provokes them to discover more about them. This is the time to show you music or acquire sound toys.

It is very likely that you hit objects with your hand, to identify the sound. It will also rip magazines or blow things up. Do not despair with noise, it is important for its development.

At 11 months, the child will already have a very obvious development. He will be able to express himself through body language and will use it as a method of communication.

Not only will you start to say a few words, you will also learn to know their meaning and use it properly. It is important not to talk to him as if he does not understand the world, but to teach him things as they are.

This is one of the most exciting moments for dads. The first steps are present between 11 and 12 months of age. However, it is not unusual for it to be later.

Begin walking by holding on to objects or holding on to an adult’s hands. Do not push him to do it, just help him when he or she has the intention.