If you want to talk about “superfoods”, you need to know ginger. Yes, that root sometimes with a strange appearance, and with a strong smell that you see piled up in baskets in the market is in fact an excellent addition to your healthy life plan.

This exotic food is spicy, but not much, and aromatic without having a floral perfume flavor. This wonderful and all-terraced epecia was once seen by the Indian and Chinese healers as a gift from the gods. So if you only knew ginger as wasabi’s best friend, and sushi, you do not know what you’re missing.

Today I want to share some amazing health benefits that ginger offers, and I hope you will be inspired to give this little rhizome a chance. But first, at the end of the day, what the hell is that dirty root thing? 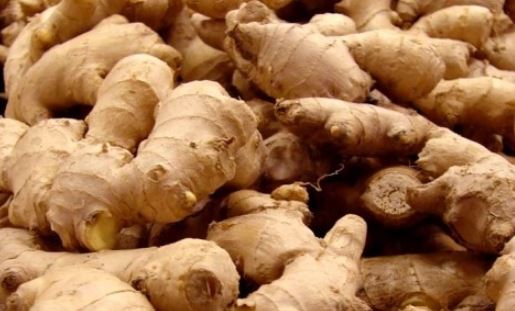 Ginger originated in the southern parts of China before it was traded through Asia, India, Africa, the Middle East and the Caribbean. This is why you will typically find recipes that use ginger in the kitchen of these countries that love spices so much.

The ginger that we all eat does not come from the root of the plant, but in fact from the rhizome, which is the part of the stem that grows horizontally underground. Ginger is sometimes called “ginger root” only because it grows underground, but the roots do grow vertically. This is why ginger sometimes looks as if it has been removed from the ground.

The roots of ginger have thin or thick skins, depending on their level of maturity when they are collected. You should check this when you buy your ginger to make sure it looks healthy and mold free, and peel the skin before using it.

The young roots of ginger are quite juicy and soft. You can enjoy chopped young ginger (like when you eat sushi) or leave it to soak in a tea to make ginger tea.

However, the ripe roots of ginger are fibrous and dry; They are excellent candidates for fresh grated ginger, used as a spice to flavor your best dishes and combinations. When the grated ginger is as dry as powder, you can use it in recipes like gingerbread cookies.

So now that you know how great ginger is, how about we go into the question of what makes it a “superfood”?

The best known fact about ginger is that it is a great natural remedy to fight nausea.

Ginger has been proclaimed for its positive effects on sad bellies. From nausea to morning sickness, chances are that online you find a ginger-based remedy to help with the problem.

When women in pregnancy have to deal with morning sickness, which can happen at any point of the day, and not just in the morning, they have to fight nausea and vomiting.

A study on this aromatic rhizome proved that consuming ginger reduced the symptoms of nausea, but did not reduce the daily number of vomiting sessions. So that this may sound tempting to all pregnant women, it is definitely best to talk to a doctor about adding ginger to your diet before trying.

If you can not get on a plane or put a foot in a boat without taking pills for seasickness, ginger might be what you’re looking for.

A study on seasickness examined 80 naval cadets who were not used to navigating in heavy seas. They gave the participants an anti-nausea medicine, a placebo, or ginger root, and monitored their levels of dizziness for 4 hours.

The researchers not only discovered that “less symptoms of nausea and vertigo were reported after ingestion of ginger root,” but “ginger root reduced the tendency to vomit and cold sweat significantly better than placebo.”

That is very cool You know I love it when natural foods work just as well for factory-created pills, which have unpleasant side effects. 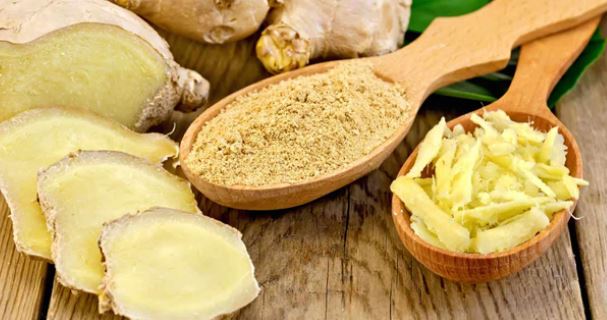 Ginger is from the same family as turmeric, a spice thought to have anti-inflammatory benefits, so it’s no surprise that ginger shares the same ability.

When you begin to lose cartilage in your joints due to arthritis or osteoarthritis, the rubbing of bones that occurs during walking just a few steps may seem unbearable. Many people suffering from arthritis feel trapped when they can not move due to the excruciating pain and stiffness in their joints.

Before resorting to surgery, many people turn to drugs to relieve pain just to cope with daily life.

In a trial in patients with osteoarthritis of the knee, they received ginger extracts twice a day for six weeks instead of their pain medications. They were allowed to use acetaminophen as a “rescue medicine” in case of very severe pain.

The big news is that the researchers noticed that when the patients took the ginger extract, they experienced reduction in knee pain when standing and walking. The patients were less dependent on acetaminophen when they consumed ginger, which is great considering the side effects of the excessive use of acetaminophen.

There is evidence about ginger root that indicates that it can reduce the symptoms of migraine.

In a double-blind study , 100 patients with acute migraines were randomly selected to receive either ginger powder or a drug that treats migraine. Two hours after using any of the drugs, the average severity of headache was significantly reduced for both treatment options.

However, the effect that the ginger powder had was similar to the effect the drug had for migraine, meaning that it works as well as it does. The advantage is that patients experienced fewer side effects when they took ginger powder in exchange for the migraine drug.

However, that is only a study, and there is much more research in favor of traditional medicine for migraine.

Some people like to feel their muscles burn the day after they have done intense exercise. I’m not one of those people.

Note the words daily supplementation in that statement. Ginger is not an immediate remedy for pain, and it takes a while to take effect, but when it does, it can help.

A study that demonstrated this warning found that when participants were asked to consume ginger 24 hours after exercise, they reduced their muscle pain the next day, or 48 hours after their exercise session.

Participants who took placebo in the same time period did not notice any change in muscle pain. 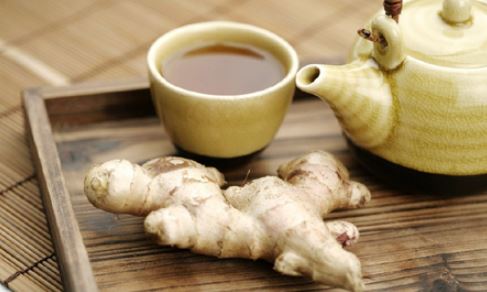 4. Ginger can reduce the risk of cancer

Ginger is packed with antioxidants that fight free radicals in our bodies, which is why many believe that ginger can prevent cancer.

Did you know that 3% of the weight of ginger comes from its aromatic oils? These oils do more than just add a spicy aroma to the air; they are the source of the anti-carcinogenic properties of ginger.

One of ginger’s oils, gingerol, has been studied for its active role in the treatment and prevention of cancer. According to one study, a version of gingerol was discovered because it “has anti-cancer activities.” These activities included helping in biological pathways for cell death, regulation of the cell cycle, [and] cytotoxic activity. ”

The American Cancer Society likes how the results of studies like that sound like, but agrees with me that we can not promote ginger as a cancer treatment at this time, because it is necessary to conduct a greater number of additional clinical trials and research.

Diabetes has become an extremely prevalent problem in many developed countries.

So naturally, I was excited to learn about a study that linked ginger consumption to a lower level of blood sugar and HbA1c tests, which measure the average of how much sugar is in your blood in a given period of time. 3 months.

By adding just two grams of ginger powder to a diabetic’s daily diet, the fasting blood sugar level was reduced by 12%, and HbA1c levels were reduced by 10%.

When rats that were induced with diabetes and hypothyroidism were given fresh ginger root within 30 days, the scientists found that the total cholesterol level they had in their bodies, and low density lipoprotein (LDL) , or bad cholesterol, were both reduced.

But these were not the only good news. Triglycerides were also reduced and high density lipoproteins (HDL) or good cholesterol were increased as a result of fresh ginger.

The same effect that ginger had on rats has also been tested in humans.

A double-blind study examined the effects that powdered ginger had on lipid levels in 45 volunteers. The researchers discovered that ginger significantly reduced triglycerides, cholesterol and (LDL) levels. In addition, increases in HDL were higher in the ginger group than in the placebo group.

Reducing the numbers of bad cholesterol and raising those of good cholesterol means a reduction in problems related to the heart such as heart disease, stroke, or stroke.