7 Healthy Benefits of Cinnamon You Need to Know

At some point in history, cinnamon was more valuable than gold. And while today, most of us would prefer to have 24 carats instead of 24 ounces (a gold bar instead of a brown stick) bark-spice bites as much as barks. The potential health benefits of cinnamon could be declared nothing short of extraordinary.

To help us separate the myth from reality, we have asked the help of several health experts to give us advice on one of our favorite spices. 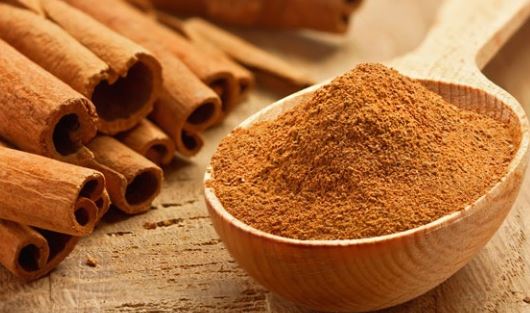 1. Cinnamon may help in the treatment of type 2 diabetes

While it is true that there is no cure for type 2 diabetes, cinnamon can be an effective tool for managing this disease.

According to Lori Kenyon Farley, certified nutrition consultant specializing in wellness, health, anti-aging and one of the experts behind the Project Juice project, cinnamon can help in the management of this disease in two different ways. “It can lower blood pressure and have positive effects on blood markers for those with type 2 diabetes,” he explains.
Cinnamon can also reduce insulin resistance, explains Farley, “it has been shown that (cinnamon) lowers fasting blood sugar levels by up to 29%, which can reduce cases of type 2 diabetes.”

Shane Ellison, MS, a pharmaceutical physician and founder of Sugar Detox, explains exactly how it works. “(Cinnamon) works directly on the muscle cells forcing them to remove sugar from the bloodstream where it becomes energy,” he adds, “it even works better than most prescription drugs.”

The key is to increase the sensitivity to insulin in the body. Sensitivity that although it is present in the body at birth for those without type 1 diabetes, decreases slowly as we age and consume more sugar. As a result, sugar floats in the blood, causing diabetes and other health problems. “Cinnamon, which is completely non-toxic, repairs receptors to respond to insulin again,” Ellison explains, “over time, sugar levels are normalized due to increased sensitivity to insulin.”

Add to this the fact that cinnamon has a naturally sweet and sugar-free taste, this makes it a great addition to foods like plain yogurt as a dessert or snack, and you’ll soon see why we suggest it as a staple for the pantry of those with type 2 diabetes.

Even if you do not have diabetes, you can include cinnamon in your diet for many of the same reasons as those who do.

As explained by Carina Parikh, MScN, MSiMR, the holistic nutritionist at the Kate Naumes ND Holistic Welness clinic in Dallas, the positive impact on the symptoms of type 2 diabetes is due to a number of factors, in particular “it improves the serum levels of glucose, reduces fasting blood glucose and reduces triglycerides, cholesterol (LDL) and total cholesterol. ” These are all the benefits that can help even those who do not suffer from diabetes, including those with hereditary cholesterol problems.

And that’s not all. “Regular intake of cinnamon can also help mitigate the effects of high-fat meals by slowing the rise in blood sugar after a meal,” says Parikh. This means that when cinnamon is added to the diet, the effects of occasional high-fat meals may not be as harmful to health as they would be from not consuming cinnamon. 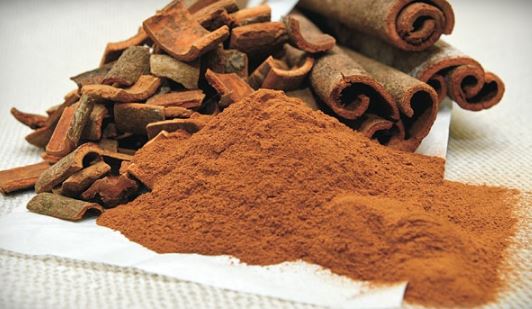 3. Cinnamon has antifungal, antibacterial and even antiviral properties

It has been shown that cinnamon fights the fungal, bacterial and viral elements in food, thus preventing spoilage. It is not surprising that in the Middle Ages, when the deterioration of food was much more frequent due to the lack of refrigeration, many recipes, both sweet and salty, were flavored with this spice.

Denise Baron, a health educator and director of Ayurveda for Modern Living explains that cinnamon can help with all kinds of lung congestion problems.
“It helps clear the mucus and stimulates circulation,” he explains, thus granting his powers to everything; from a simple seasonal cough to bronchitis, when used in conjunction with other remedies.

4. Cinnamon can help treat the symptoms of Alzheimer’s and Parkinson’s

Alzheimer’s and parkinson’s diseases are both neurological conditions that, for the moment, are incurable. Therefore, a huge part of the treatment of these diseases consists in the management of the symptoms, and this can be promoted with the addition of cinnamon to the regular diet.

“Cinnamon has been shown to help neurons and improve motor function in those suffering from Alzheimer’s or Parkinson’s,” explains Farley. These contributions can help patients of these two diseases to continue their regular routines with fewer impairments.

5. Cinnamon may have anti-carcinogenic properties

“The evidence suggests that cinnamon may have anti-carcinogenic effects, although research is limited to animal studies,” he says. “These experiments show that cinnamon extract slows the growth of cancer cells and induces the death of these cells.”

If these properties spread in humans, cinnamon may be able to slow growth and kill cancer cells. Even if these properties do not extend to the cure or treatment of cancer in humans, other characteristics of cinnamon, including the presence of antioxidants and free radicals, may contribute to its possible anti-carcinogenic effects.

The consumption of cinnamon can reduce both systemic and specific inflammation. The first is particularly important in the western world, according to Parekh.

The specific reduction of inflammation means that the consumption of cinnamon can help treat certain types of pain and headaches, as well as the pain of arthritis. Play a double role in this particular type of pain, according to Baron, since cinnamon can also improve circulation. “With circulation problems such as Raynaud’s syndrome or arthritis, this helps stimulate and push the circulation to the joints,” he explains.

Polycystic ovary syndrome is a problem with many symptoms that need to be managed, and cinnamon can be a key element for this because of a number of characteristics. 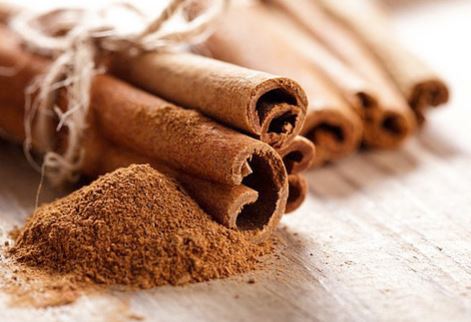 Why is cinnamon so good for you?

How is it possible that a small spice has so much power?

Many of the fantastic properties of cinnamon come from a single substance, something called cinnamaldehyde, which is naturally present in cinnamon. According to Parikh, cinnamaldehyde is the source of many antifungal and antibacterial properties that make cinnamon a great ally in your diet.

But that is not all. “Cinnamon has a high concentration of antioxidants that can protect the body from damage by free radicals and reduce inflammation, reducing the risk of cancer and other diseases,” explains Farley.

The combination of cinnamaldehyde, high fiber content, and antioxidants are some of the characteristics that confer the incredible positive effects on the human body.

How to include cinnamon in your diet

Even with all this evidence pointing to the wonders of cinnamon, we are not advocating that you start to gobble it up without control, it has been discovered that in high doses it can be toxic.

However, wholeheartedly, we are motivating a pinch (here or there) in foods that you would otherwise have overlooked (in your tea or coffee, added to salt dishes, etc.) -if you do not do it for your health in general, then do it for its undeniable and charming aroma and flavor.

While we have all fallen victim to the irresistible scents that float in airports, that does not make Cinnabon the law of the jungle. Not only is it much better to use cinnamon in healthy recipes, you will also want to have a source of cinnamon in some trusted place for several reasons.

How much cinnamon should I consume?

Once you get the true Ceylon cinnamon, the recommended dose according to the US Department of Health, is up to 6 grams daily for 6 weeks or less.

“I would suggest a week off after 6 weeks, before starting again,” says Farley. “Turmeric can be taken during the rest week because it has similar benefits.”

First, explains Dizon, is that the antibacterial properties of cinnamon do not distinguish between good or bad bacteria in the intestine, which means that you could find yourself facing some digestive problems related to cinnamon. Suggests, “Incorporate fermented foods to replenish the stomach with good bacteria” ..