A New Effective Treatment Against Baldness! 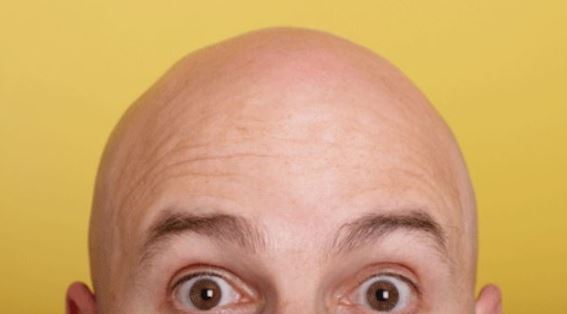 There is a wide range of treatments for baldness in the market. But, what if you had the option of seeing your hair grow again simply by applying an ointment?

In an article from South Korea, scientists describe a treatment for hair loss that not only prevents hair loss, but also promotes the growth of new follicles in hairless mice. Led by Professor Choi Kang-Yeol of Yonsei University, a team of researchers found a protein responsible for androgenetic alopecia, also known as pattern baldness, the most common form of hair loss in men and women.

Kang-yeol said that “we have found a protein that controls the growth of hair and develop a new substance that promotes hair regeneration by controlling the function of the protein.We hope that the new substance developed contributes to the development of a drug that not only treat hair loss but also regenerate damaged skin tissue. ”

The protagonist is a zinc protein of type CXXC 5 that acts as a negative regulator in the Wnt / β-catenin pathway, which is connected to capillary regeneration and wound healing. When this protein binds to another protein known as a Disheveled protein, it prevents follicle development and hair growth.

A new biomaterial developed by the team interferes with this joining process. It is called PTD-DBM, and when it was applied to the bare skin of hairless mice for 28 days, new follicles began to develop.

The title of this document is “The orientation of CXXC5 by a competing peptide stimulates hair re-growth and wound-induced neogenesis of the wound”. We have already covered the objective CXXC5, but the second part is equally important: the neogenesis of the hair. As documented in a 2007 article, wounds larger than 5 millimeters in diameter could, in some cases, develop new follicles as they heal.

A 2013 study found that, in humans, a treatment for androgenetic alopecia was much more effective when accompanied with microneedles, rubbing very thin needles on the skin to pierce it.

Kang-yeol and his team obtained their best results by combining wound-induced hair neogenesis with PTD-PBM and valproic acid, which is generally used to treat schizophrenia, migraines and bipolar attacks. In this case, it was used topically to activate the Wnt / β-catenin pathway.

Therefore, there is a triple action. The wounds induce the generation of follicles; valproic acid stimulates the cellular pathway related to the development of follicles and PTDPBD prevents CXXC5 from interfering with the process of follicular development.

However, it may take a while for this treatment to become available. Often, new treatments are slow to develop, especially because they need to undergo clinical trials to ensure they are safe for humans. However, the team’s research is advancing rapidly. They are currently testing their new substance in other animals to determine if it is toxic, before proceeding to human testing.