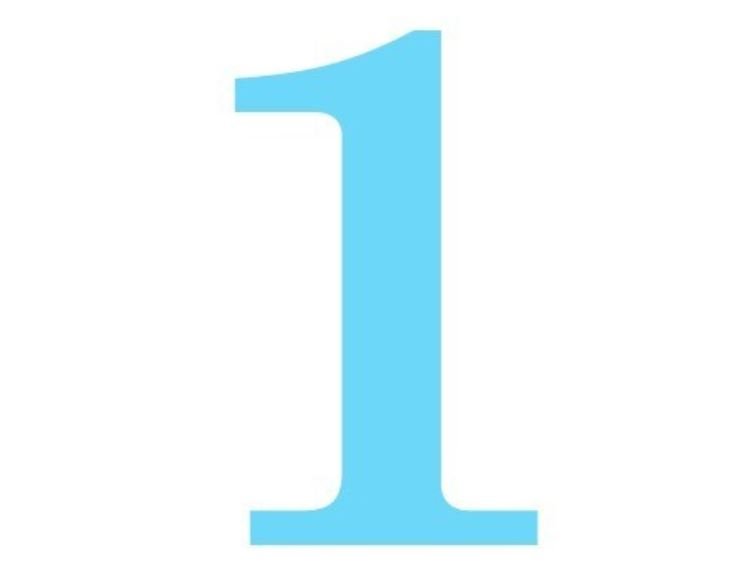 Are you interested in knowing what number 1 means according to the esoteric conclusions of numerology? Well, you have come to the right place because today we analyze the meaning of number 1 in great detail. We see it below.

What does number 1 mean in numerology?

The first number is always associated with leadership and ambition , but also with principle and creation. This last meaning is that which collects the Kabbalistic area to refer to the number 1 as that which is in direct association with God and the creation of the world. The number 1 is governed by the Sun, the sun king.

Among all the metaphysical sciences , the great unknown is numerology , which tries to study the hidden meaning of numbers, providing special characteristics to each of them.

In the past, before there were words to express numbers or figures, there was a specific word to define the word “alone”, that is, the one. Thus, of all the numbers, the one with the greatest strength is the one , that not in vain it holds the category of “leader”. That is why the meaning of number 1 is, basically, strength and ambition.

They are people destined to lead others in both personal and professional life. As a curious anecdote, it should be added that the dictator Francisco Franco kept the DNI for himself with the number 1.

The 1 and its negative side

Regardless of this character, the numbers 1 tend to be enthusiastic and creative, and have organizational skills and leadership skills , which sometimes leads them to become individualists, stubborn, obstinate and self-centered.

The people identified with this number must take care of these aspects of their personality and not get carried away by ambition, because, guided by their own negative characteristics, they can reach failure.

Number one is not number two

Number one does not understand that at some point in his life he can be number two, so he will always be reluctant to accept orders from superiors . In fact, throughout his existence and before becoming a leader, he will have problems accepting another person as superior, coming to despise him.

This will lead him to transform himself, if he is not already, into an independent and self-sufficient being , but also ambitious and aggressive to defend his ideas with force.

In addition, always thinking that luck and reason are at hand, the number 1 has a tendency to seek perfection and, since it is usually about people willing and able to take risks, they often arrive triumphant at their goals.

Advantages of identifying with the number 1

As a counterpart, the leader is usually a person with great capacity for work who likes to make life easy in all respects to those around him. He is courageous, creative and original, and in many cases affectionate and kind.

An important relationship between numbers and luck has always been established . In Chinese culture, for example, there is a belief that there are certain numbers that attract luck and others that do not.

The meaning of number 1 in this culture is represented by Yang, or masculine, and is believed to attract good luck.

And now that you know what the number 1 means , do you think you identify with it?