The 7 Most Common Allergenic Foods (in Children and Adults)! 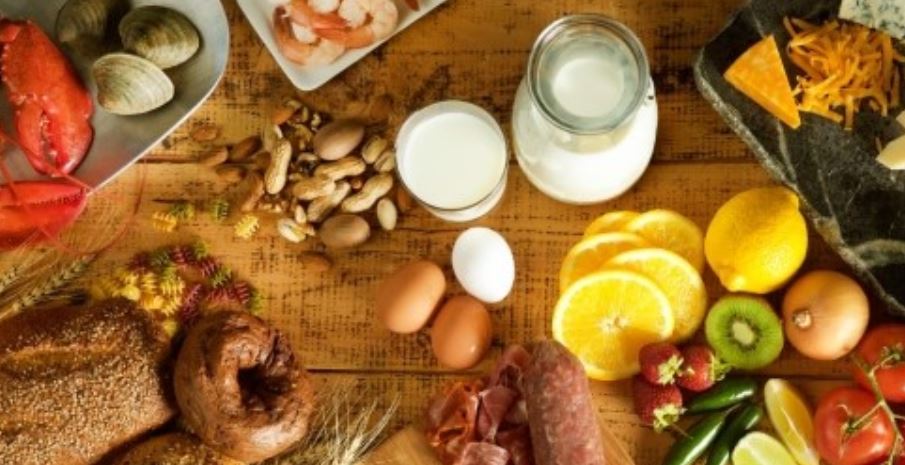 The allergenic foods cause food allergies, adverse reactions in the body triggered by the immune system. While virtually all foods can produce these reactions, most food allergies are caused by 7 foods or food groups.

Symptoms in this type of allergy can be mild or very severe, and may even cause death, although this is rare. According to WHO data , the prevalence of food allergies in adults is 1% to 3%, while in children, it is 4% to 6%.

What are the most common allergenic foods?

The allergy to cow ‘s milk is one of the most frequent in children.

Symptoms can be moderate and manifest at the skin level causing redness of the skin and hives, or they can also be severe, causing an anaphylactic reaction.

It is estimated that approximately 2% of children under 3 years of age are allergic to cow’s milk.

Virtually all children who suffer from this allergy begin to have symptoms during the first year of life and they remain in adulthood.

The intensity of the reaction can vary: some people present severe symptoms by ingesting only a small amount of milk while others only have moderate symptoms when consuming a larger portion.

If your child has an allergy to cow’s milk , the only way to avoid symptoms is by avoiding the consumption of this food.

It is also very important to carefully read the labels of processed or packaged foods to detect the presence of certain ingredients of milk, such as casein for example.

Egg allergy is also found among the most common food allergies, especially in the child population.

As in the previous case, the symptoms can be mild, moderate or severe.

Those who suffer from egg allergy , should avoid its consumption. It is also important to read the labels of processed or packaged foods to identify the presence of certain egg proteins, such as ovalbumin for example.

The American Academy of Pediatrics notes that, according to the results of various investigations, vaccines containing egg proteins can be administered safely to allergic patients.

However, if your child or you are allergic to the egg, consult the doctor about the convenience of receiving these vaccines, especially the flu.

In children it is the third most common food allergy, after egg and cow’s milk. However, approximately 40% of people allergic to fish begin to present the first symptoms in adulthood.

The rooster, hake, whiting, salmon, and tuna are the species that most frequently cause allergies, although if you are allergic to fish, it is best to avoid eating any species.

Another of the most frequent food allergies is the shellfish allergy. Approximately 60% of people begin to present symptoms in adulthood.

In Spain, allergy to shellfish accounts for 8% of food allergies.

Shrimp, prawns, crab and lobster are the most allergenic seafood. Fish and seafood belong to totally different kinds of animals, therefore, if you are allergic to a group you will not necessarily be allergic to the other.

There are two kinds of shellfish, crustaceans (crab, shrimp, lobster, etc.) and mollusks (oysters, mussels, clams). Allergic reactions to crustaceans are usually the most severe.

In most cases of peanut allergy, the first symptoms occur in children older than three years and tend to persist for life, although it is estimated that 20% of allergic children cease to be allergic in adulthood.

To avoid allergy symptoms you should avoid eating peanuts . In addition, labels of packaged or processed foods should be read very carefully, because many of them may contain traces of peanuts.

It should be noted that the peanut is not a dry fruit such as hazelnuts or walnuts, but a legume.

So if your child or you are allergic to peanuts, they probably do not have symptoms when eating nuts, but you should be careful when eating peas , beans, lentils or chickpeas, which are also legumes and are a frequent cause of food allergies.

Undoubtedly, nuts are also among the most allergenic foods.

Their allergens are not altered by heat or digestive processes, which in general causes intense and immediate reactions in allergic people.

Mild symptoms may include buccal or general itching, runny nose, sneezing, tearing or redness of the skin.

In severe cases, there may be vomiting, abdominal pain, angioedema and anaphylactic shock.

If you are allergic to nuts (chestnuts, walnuts, hazelnuts, almonds, etc.) you should avoid the intake of course, and also, read very carefully the labels of packaged or processed foods, because they may contain traces of these foods.

In children under 5 years old, the allergy to fresh fruits or vegetables ranks fourth among the most frequent food allergies, while in adults they are also a frequent cause of allergies.

The symptoms are usually oropharyngeal (mouth pruritus), although there may also be potentially serious reactions.

The fruits and vegetables that cause allergies most frequently are apples, bananas, citrus fruits, pineapple, kiwi, potato, tomato and turnip, among others.

So you know, if you have a food allergy or your child has it, in addition to avoiding the foods that cause the symptoms, be careful when consuming other products that may contain proteins or traces of them.